You are now registered for our Rouse Insights Newsletter

How do favelas link to IP & dead capital?

Innovation law and the creation of capital

Innovation law helps create capital for innovators, companies and society at large by building control points for valuable intangible assets. Clear definitions and categories make it easier to handle innovation as a property entity. Innovation law helps define and protect innovation and its development. This offers more opportunities to exploit intangible property as leverage for cooperation and support for capital-creating activities and operations.

The question of property and capital is in no way new. Hernando de Soto highlights this in his report on the emergence and success of Western industrialisation, The Mystery of Capital.[1] This should be considered in relation to the apparent stagnation of developing countries – poor countries seem to remain poor, relatively speaking. Successful nations became so due to their ability to create capital and one critical difference between the West and developing countries is having, or lacking, structures and definitions to safeguard private property. Property constitutes the leverage for creating capital. In concrete terms, the entrepreneur pledges property, for example a house, in return for a loan to finance a new business. Luck and hard work may lead the business to succeed and the entrepreneur to pay back their loan, being left with both house and business. Property – the house – has created capital. This capital can then continue to create capital in its turn in a process that grows exponentially.

Let’s get back to developing countries. In De Soto´s view developing countries fail to amass capital in the same way because they lack formal means of exploiting existing property. Property that could, theoretically, form the basis of capital does exist but uncertain property conditions render the capital dead. To the Western mindset, it is obvious that unclear property conditions put the brakes on development potential. A lack of clarity in real estate ownership and ambiguity in the methods for measuring property value constitute obstacles to “legal” property. These problems are further exacerbated by insufficient motivation in the administrative sphere to address the problem, self-interest within the legal profession leading to inaction, and above all, an unwillingness among politicians to pursue the issue. The result is that large portions of society elect to build housing illegally, i.e. outside the framework of existing legal systems.

So, what are the consequences of living outside an existing legal system? Informal ownership structures are established and maintained locally – in communities large and small. In Rio de Janeiro, 23–25% of inhabitants live in what are known as favelas – illegal accommodation. According to the think tank CatComm, twelve million Brazilians live in favelas.[2] Interestingly, in 2013, only 32% of them belonged to the lower social strata – 65% belonged to the middle class. Clearly politicians are failing when millions of middle class citizens who are contributing to society are forced to live in illegal housing.

But the favelas are by no means, a lawless society. Property ownership in the favelas is kept track of and enforced despite lacking formal authority – try moving into a house there and see what happens. There is an order, but it is not the order of Brazil´s laws and courts. The order emerges naturally based on the fact that each home is of great value to those who live there and “own” or rent it. The same pattern of informal ownerships can be observed in every country with a communist social structure, developing or otherwise – there is no getting around the concept of property.

Despite the astonishing ability of humans to organise and coordinate, informal solutions are not without problems. Structures beyond those accepted by “formal authorities” lack the ability to create “formal capital”. Formal judicial structures prevent property from being the basis for creating capital – housing units in a favela cannot be pledged as collateral for a business loan. The informal financing structures that do exist lack the reliability needed to build sizeable businesses with real growth potential. The increasing number of interfaces required by a growing business means that businesses cannot grow from a favela. The conclusion is that the informal ownership structures of the world translate to masses of dead capital. The prerequisites for creating more capital are lacking because the political will is not strong enough to bring about the necessary change. This unwillingness is strengthened by the fact that other important stakeholders see disruption of the status quo as detrimental to their interests.

Innovation is not the domain of technology, it also occurs in customer experience, organizational development, solutions, platforms, value chains, brands, segmentation, and other areas that are often considered beyond the concept of invention. These innovations are often the ones that give companies a competitive advantage over other market players. Much innovation taking place today can be attributed to the convergence of key industries.

We often strive to make sure our competitive advantages – our assets – are exclusive but this does not mean they have to be. The important thing is that the decision is ours and ours alone. This is where the classic legal lens grows too weak. This is where the classic consultant refers to past experiences, ceases to think critically and does not question the consequences of their advice. Once the consultants have exhausted their protective arsenal of patents, copyright, design and trademarks, there is often nothing left that can be done for the company. This is also supported by legal axioms such as “anything that is not protected is free”. This is where functional stupidity rears its ugly head. “We’ve always done things this way.” “This is what we’re best at.” The question of “why?” has disappeared. The narrow view of gatekept professions like lawyers, patent attorneys and other consultants who divide up the skills and tools amongst themselves hindering important cross-competence development from showing a wider perspective.

Innovation law is the result of a process that is built to identify profitable innovation and create profitable protection for innovation, thus further enhancing the value of innovation. This requires the integration of skills in business, innovation, technology and law.

The innovation law process is a convergence of three industries

The lawmakers forgot to add the word “value” as a criterion for intangible assets. Now, it is probably correct for lawmakers to have made this choice, as it would be difficult for authorities applying the legislation to assess what actually gives value. For example, “value” is not a requirement for patents to be granted. Lawmakers delegated this task to the users of the judicial system – and rightly so. However, due to the decoupling of legal- and business ecosystems, this has ceased to be a priority. The process of actually assessing value of innovation seems to be practiced only by the exclusive range of companies that have managed to build their own businesses.

The purpose of an innovation assessment is to identify the activities that are important to a company, based on competitive advantages – whether they be technical operations or something else. This is primarily a business analysis. Legal activities begin thereafter.

The difference between identifying activities defined as being valuable and establishing control positions is that control positions are defined by active measures. The control positions are created deliberately. Often, various legal activities are involved in a delicate mix to establish control. Using the toolkit of intellectual property law on its own when assessing the possibility to establish control means that several important, valuable control positions may be missed. Failure to consider other legal means of securing individuals and companies when engaged in collaborations as well as neglecting to regulate desired and undesired effects and outcomes can also prevent important and valuable control positions from being created. From a business perspective, a control position can also be created without legal action. In many cases, for example, unique know-how and an agile workflow can represent the conditions for maintaining control points or even creating them. In such situations, there may be no legal measures available to strengthen the company’s competitiveness. Sometimes knowledge of a competitive advantage constitutes a control position, as the company can act on this insight. However, action requires knowledge. If it is not clear by now, knowledge of innovation is the first of two stages of the innovation law process – i.e., the ability to distinguish an innovation[3] from an invention. The second stage consists in applying innovation law to secure the control position. 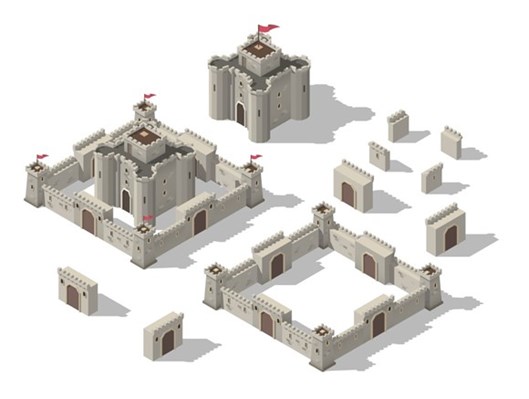 Most of us want to do a good job. As specialists, we make every effort to ensure a good delivery for our clients. However, as specialists, we wear the blinkers inflicted upon us by our specific skills and the arena in which we are active – if you have a hammer everything starts to look like a nail. The very deep specialist knowledge available in the global services market often fails to capture the possibility of creating control positions from valuable innovation. A great amount of value that could be made apparent to both the owner and the market goes unspotted. This is because companies often have an inward-looking perspective and fail to realize that they are innovating, or that their innovation may be of paramount importance to anyone else. Much potential capital thus remains dead capital because this property can only start to provide a basis for creating additional capital after it has been defined and protected.[4] The innovation law process helps expand the concept of property that is valuable, and its definition. As is the case with favelas in Brazil, property only realizes its true value once formalized. When innovation is formalized and made visible, the foundation for a company’s security increases. This in turn makes it easier and less risky to invest in a business. As stated above, it may sometimes be difficult to create a property entity comprising competitive advantages but remaining clueless about which are your company’s value-creating activities is inexcusable. As with the favelas in Brazil, therefore, innovation cannot always be a matter of security if handled without care. Only fairly recently on the legal time scale did it become possible to use intellectual property rights as collateral for claims. Nevertheless, the lack of rules did not stop the advent of creative solutions, in the case of innovation not subject to intellectual property protection. The only true prerequisite is awareness of the positions around which we need to build controls.

More
Unfair marketing: Ecolabeling
Do you refer to environmental labeling in your marketing?

Sweden: New regulations for companies that sell directly to consumers
Since 1 September 2022, new regulations aimed at strengthening consumer protection have entered into force.

How can we help you?

Send us a message or you may also Contact our Office.